The new year brought with it a new set of patterns. I would call my father every day to check in and the visiting nurse would call me every other day to provide a status report. She made sure he was eating and that he had clean clothes. His executive functions were gone and it seemed he functioned on habit alone. He would shop, but would buy the same things each and every time. He continued to go to work, the notion of him driving a car every day terrified me.

Talia and I worked in concert to try and find a solution. We spoke to elder care attorneys and doctors. We learned that the Commonwealth of Massachusetts would take him into an elder care center that neither we nor my mother could afford otherwise. We learned that what little resources my mother had would be protected as long as she remained married to my father. We worked to set up the doctor’s appointments that would be necessary to confirm our suspicions of dementia and take control of a life my father insisted was just fine, knowing we were running out of time.

I got the message from Danbury the Monday after the Super Bowl. I’d been out at a friend’s house and hadn’t seen the blinking message light that night or the next morning. I wasn’t expecting any news. My sister, Amy, and her husband had just visited my father that weekend and reported he was doing okay. He had an appointment that week to finally see a neurologist and I was driving to Danbury to ensure he went this time. I felt that we were finally ahead of the curve. 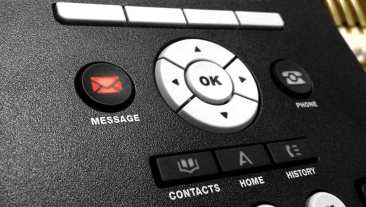 The short message led to a longer call with the minister from my father’s church. As we talked the story came together. My father, tired from keeping up appearances for Amy’s visit, had fallen asleep after she left. Later that evening, waking up in the dark of early February in Connecticut, he’d mistaken 7pm for 7am, with the additional complication that his watch was running four hours slow. He rose and went to open the church for Sunday service, believing it to be 7am in the morning.

Another member found him as she was departing from the homeless shelter the church hosted. As luck would have it, Annie was a registered nurse and recognized that something was off with my father’s midnight activities. She got him home and back to bed and the next morning she raised the alarm with the minister. I drove there mid-week to take him to the neurologist and started the process that would, if not get him better, provide him with the oversight he needed to keep him safe.

The neurologist’s visit was typical, in that there was a specific medical process that had to be followed and thus no way for them to help in the short term. What I desperately needed was a doctor’s note I could use to trigger long term disability with his employer. We needed more time to find him a room in the Massachusetts care system and some way to cover the costs before his benefits kicked in.

My father, seemingly oblivious to the frank conversation about his mental health I’d just had with the neurologist, took himself to work despite my insistence that he should stay home. I called his employer and they refused to discuss the situation, citing some statute about employee confidentiality, clearly over their heads when it came to dementia and durable power of attorney. I called his primary care doctor and brought him up to speed on the weeks events.

He agreed to write a letter stating my father had a dire medical emergency and needed to be on long term disability. Feeling grateful for the lone medical professional who recognized that leaving my father driving around was a greater ethical failure than short-circuiting state medical process, I called my sister. She agreed to take him for a couple of weeks and I went to pick up the letter from the doctor’s office. He’d dropped everything to write it.

HR still refused to meet with me and sent my father out to the lobby upon my arrival. I gave him his doctor’s letter and asked him to bring that to HR. Without question he took the letter and walked back inside. I sat and pondered the strangeness of the situation. He’d just carried his own termination notice into the HR department of a large medical device company that was employing him to do quality checks. The entire thing was a Venn Diagram nightmare of public relations, health care confidentiality, and regulatory law. He returned 20 minutes later with another letter and a grin on his face. “They’re giving me some time off!” he said. “That’s great Dad, now you can go and visit Amy for a couple of weeks.” I replied.

And so, that afternoon, just two months after moving my father into this apartment, I’m repeating the scavenge and abandon process, taking only the stuff he needed to get by at my sister’s for a few weeks. I took the glider rocker and hassock that he enjoyed sitting in, the small color TV he got from AT&T as a twenty year bonus back in 1987, and the last of the tools I couldn’t fit into my car on the prior trip. I left everything else.

The neurons in the back of my head were quiet this time. I didn’t have any ties to that place.

Thanks to Kate for the Venn Diagram!