I drove my father out to my sister’s place in Providence. I unloaded his things, thanked my sister, and climbed back in the car for the drive home. When I got home I unpacked the last of my father’s things, moving it all into the basement. It’s already crowded with dozens of boxes from their place and this latest batch changes the space from chaotic to unusable. 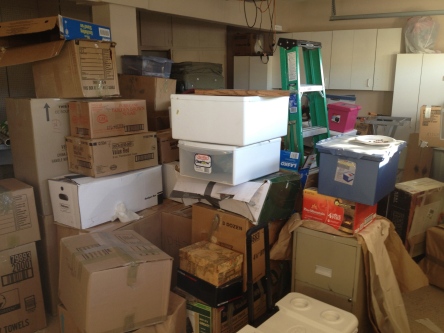 The time and energy I needed to sort through all of those boxes went into visiting my father. I stopped buy at least one night a week and every weekend, often driving him back to our house to spend time with his grandsons. Finally in care, my father’s schedule allowed for a visit to McLean Hospital, which led to an MRI and, finally, a diagnosis – frontotemporal dementia. There was no cure and no treatment. Thankfully, my father was completely obliviousness to his situation. Over that summer, he became less and less aware of his disappearing mind and I became more and more aware of the problems in my marriage.

Talia and I had been under a lot of stress and the solutions that we usually arrived at in a reasonable manner were eluding us. By late summer, Talia insisted that I go to a therapist to address the issues I had that were negatively impacting our marriage. I spoke to someone weekly, but things worsened by the end of the year, with Talia retreating to our bedroom every evening after the boys were in bed.

And so, the new year found me retreating further and further into late nights playing Halo on my new Xbox. Her intolerance for that grew quickly and the Xbox and I were moved to the basement, where I sat amongst the boxes from my parent’s place, squeezed onto an entirely too small love seat, playing game after game of capture the flag, pondering what was going wrong in my marriage. 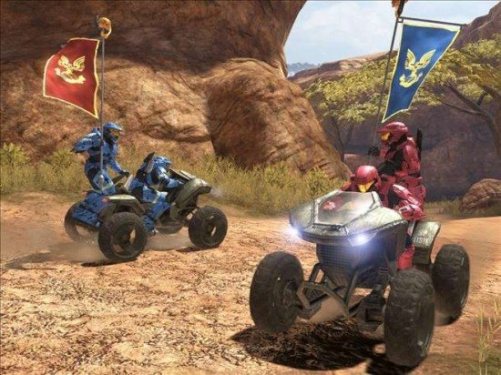 By February 2009 it was clear to me that she wasn’t working to resolve the issues in our marriage. A late night argument convinced me that things were over and after a sleepless night I suggested a divorce. It seemed like she was happier than when I had proposed 11 years earlier. I found myself following my father’s steps, moving out of a fractured home, uprooted, relocated, reduced, and confused.

As I packed I started to doubt our decision to divorce. I glanced at all of the things I needed for my apartment, but already owned: a vacuum cleaner, glasses, plates, silverware, a bed, pillows, sheets, blankets. All redundant. Expensively redundant.  I asked Talia if this was really what we wanted to do, second guessing what I was sure about just a few days earlier, motivated by the notion of how much it was going to cost to move and set up a new household. Talia didn’t budge. She was certain that we needed to split up. I thought back over the last eight months and those memories drowned out my fiscal complaints.

The apartment I moved to was small and so I left most of my stuff behind. I enjoyed that forced Spartan existence, the lack of clutter appealed to me. The divorce mediation process moved slowly and the logistics of young twins meant I still visited my sons each morning to get them onto the school bus. Talia had purged all evidence of our marriage within hours of my departure. I found it stuffed into a box and moved to the basement, where it still managed to stand out in a room filled with boxes of my and my father’s things. All of which I continued to ignore as I tried to adjust to single life again.

Not unexpectedly, my father’s condition worsened. We’d last had him at the house the prior Christmas, where he sat happily on the couch stroking a new pair of fur lined slippers. His ability to communicate was lost and the dementia had started to immobilize him. It became too dangerous to remove him from the nursing home and more often than not when I visited I found him asleep.

By early July 2009 we began hospice care for him. Amy and I sat at my father’s bedside for three days as he died. The turmoil that his dementia had put us all through came to a close with no small measure of relief. I found myself reflecting on what I knew about him and, more relevantly, what I didn’t know about him. By the time we’d discovered that he was sick, the opportunity to ask him questions had passed. Those things I had wondered would remain unanswered.

The fall brought the revelation that Talia’s boyfriend Luke was moving in and so I defensively removed all of my possessions. I packed everything while they were off visiting her family for Thanksgiving. Luke was described to me as a handyman who’d recently built his own house. So I sold the slightly used riding mower to a friend. I took both shop vacs, unwilling to leave either mine or my father’s behind. I took tools I couldn’t use without a yard or house: a chainsaw, a wheelbarrow, rakes, shovels, a tree limb saw, the snowblower, and two sets of sawhorses. Mr. Handyman wouldn’t need them.  I went at that house like the Grinch visiting Whoville.

I took the furniture pads, the extra light bulbs, all the tape, the spool of twine, every box of nails and screws, and both stepladders. After packing up my shop, I doubled back and removed each and every bit of hardware off of the pegboard. The pegboard was liquid-nailed to the wall or I would have taken it as well. I took the 25 foot extension ladder and unscrewed the two ladder storage hooks from the garage wall. I left the garden hoses; I’m not a sociopath. 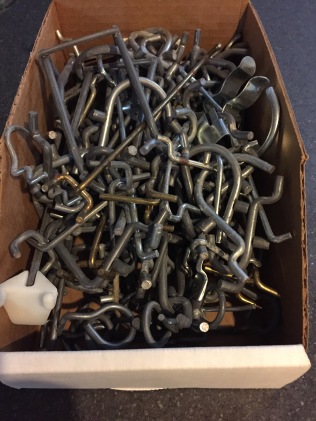 I left the box of marriage stuff, I didn’t want it either. Talia was calling me for months afterwards trying to locate tools. “Luke must have one,” I repeated again and again. It was her turn to buy a second one of everything she’d once owned. Their inconvenience was a fringe benefit. My inconvenience was three years of $200 monthly storage rental fees.