I moved all of my father’s things into that storage unit as well. I couldn’t bear the thought of throwing anything of his away so soon after his death. I spent the long weekend going through the mountain of boxes in the basement, my mind on my own mortality, driven there by my father’s death and being surrounded by the things he’d collected over the years. Were they things that were important to him or just things he’d never gotten rid of?  I’d never know. He’d never told me.

I realized then that the things that mattered to me, that meant something to me, would also be lost one day. The box that clicked closed just so, that perfect stone found on a summer day, my favorite Matchbox car, the cherished book I’d read every other year. They would all be meaningless to anyone else, they wouldn’t stand out amidst all my other things.

We don’t bury our dead with their things anymore, a custom that many ancient peoples practiced. They recognized the parts of a person’s personality that lived outside of their body, the parts of their soul reflected in their prized possessions, the minute bits of the universe that they came in contact with and recognized as parts of themselves. 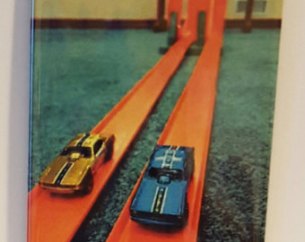 Is nostalgia is the only reason I keep my favorite Matchbox car? Is it the vivid memory of afternoon races on bright orange plastic tracks or the incomprehensible connections between atoms that once burned together in the heart of a star? Does the rock feel good and right in my hand because nature has worn it smooth over a brief eon or two or because the atoms in my skin and muscles and bones resonate with their former brothers, now locked in an inflexible pattern? Is that what drove me to pick it up in the first place? Recognition? 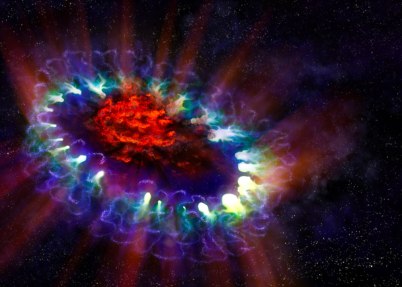 I spent the nights dreaming I was back in my parents house again, unable to finish the clean out job, always finding another thing to move or throw away. During the day, I mulled over the parallels of his forced move from Danbury and my departure from my home. Between the dreams and my anger at Talia’s boyfriend moving into the house where my sons lived, I almost missed the buzzing at the back of my head.

I felt it again in a quiet moment as I waited for the moving van, but I was still unable to make sense of it. The immediate need to finish the move pushed it away and when my life returned to it’s ongoing distractions of graduate courses, fatherhood, and the ups and downs of online dating, I forgot about it. Three and a half years later it came back.